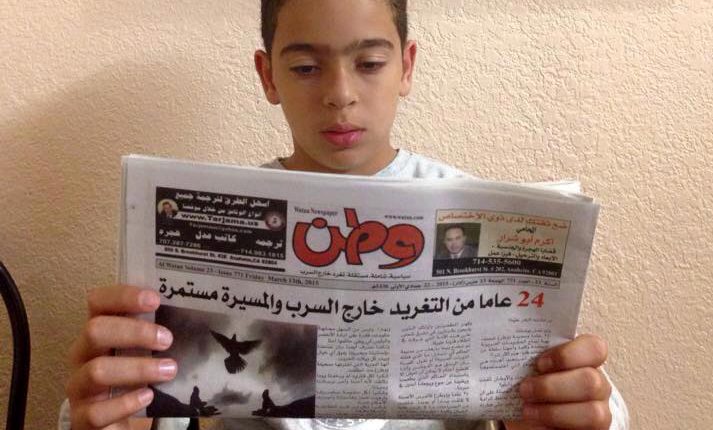 Centuries ago, a lot of wars and conflicts has been happened and still till now, some of which have been hidden and the news writers have been threatened.

After the first Iraqi war in 1990, and its repercussions, the Palestinian journalist Nezam Mahdawi decided to launch his own newspaper that conveys the truth to everyone without fear of pressure from local and international governments.

Nezam Mahdawi released Watan News after he immigrate to the USA, where press freedom was guaranteed by its laws.

The first publication of the newspaper was published in Washington in March 1991, which was financed by small advertisements for Arab shop owners.

In 1994, Watan News was moved to California and turned into a weekly publication, where it was well-received by Arab immigrants there, and by 1995, it has been distributed in New York, Chicago, Detroit, Texas, Washington, and throughout the United States.

Since its establishment, Watan News has faced from the lake of ads, as a result of a boycott campaign that many Arab embassies participated in. In 1998 the KSA blocked the site because it conveyed the news that their press did not dare to address.

All these factors made us stronger, and much greater. Watan News became published in two copies per week, print and electronic.

Watan’s website is still being suffered from an electronic attack aimed at deactivating the website and blocking it.

Despite all the bans that occurred, Watan’s website has about half of a million daily visits, from all over the world.